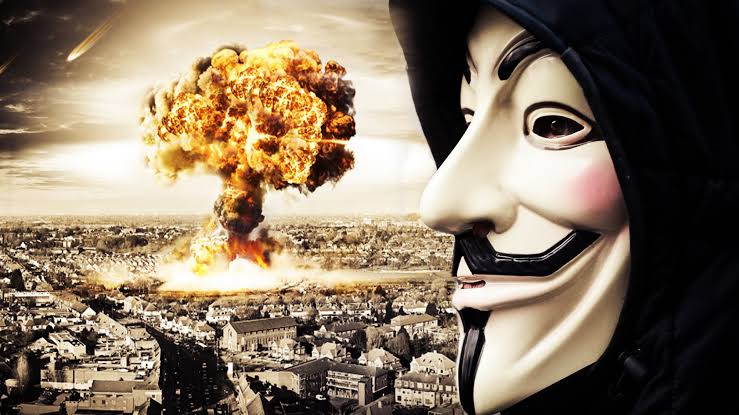 Is there a Global War coming?

A few weeks ago, I was telling my friend, “mahn this is the doomsday decade, the strange statements made by these world leaders something big is brewing”, and boom on the third day into the new decade, the US who were main players in both WW1 & WW2 pulled the trigger.

If you have been following events from around the globe you would realise that the war had already started even before the assassination of a key Iranian figure in the name of General Qassem Solemani.

2019 was all about the Trade war, an economic conflict between the world’s largest economies, China and The US. Over the last 16 months Beijing and Washington have been trading blows through tariffs on goods and the impact of this has been felt by the wider world economy, the global economy is slowing down and it’s increasingly concerning. Trade wars cause world wars, history shows. Will this time be any different?

In early August of 2019 the world woke up to shocking news that the US had formally withdrawn from a key nuclear treaty with Russia which had limited development of nuclear missiles. The situation now is that the game of producing nuclear missiles is a game of no rules, absolutely no restrictions. The decision leaves room for a potential new arms race; produce as much as you can.

The concept of global conflagration is very low. As a matter of fact, I wasn’t the only one who has been following these dramatic events. Renowned atomic scientists from across the world set the doomsday clock at 2 minutes to midnight. The doomsday clock is a symbol which represents the likelihood of a man-made catastrophe. 2 minutes to midnight. They cited the dangers of climate change, risks from North Korea’s nuclear programmes in the Korean peninsula, discord between Russia and the US, the build up of the feud between India and Pakistan and the uncertainty of the situation between Iran and the US. This actually corresponds to what Allah s.w said in Suratu Shura verse 30 “Whatever strikes you of disaster – it is what your hands have earned (self destruction).

The confidence we have is dangerous, it’s dangerous because it’s creating an illusion. You go to social media right now instead of getting frightened you will get your ribs cracked. The problem of our generation is that we think we are different, yes we are. This Global war isn’t like the previous wars, this is going to be a nuclear war. All nations at the centre of this conflict posses nuclear weapons US, Russia,Iran China,North Korea,UK,France,Israel,India,Pakistan and how these nations shape their future doesn’t just affect them and their regions but it affects all of us in a way we have never thought of. Apart from the immediate destruction of infrastructure and loss of millions of lives, scientists are concerned about the aftermath of such a war, the air we breathe, the water we drink, the fish we eat, the quality of our oceans etc etc. Even a small nuclear would still have effects on a Global scale.

It would be better if you are prepared psychologically, if you are aware of it and understood the situation. You would be able when it starts you will be stunned and be like it’s got nothing to do with me, I didn’t want this. We all don’t like wars but a lesson for this generation, history doesn’t give a damn about what you like and what you don’t. You may not be interested in a war but the war is interested in you. I hope I have not upset you too much.

From an Islamic point of view this anticipated war is likened to the greatest of all wars because of the potential weapons of mass destruction that could be used. The prophet peace be upon him called it Al-Malhama i.e the Armageddon, where 99 out of every 100 fighters will perish and the birds will fall off from the skies (because of toxicity).

What is the timeline for this war? It was narrated from Mu’adh bin Jabal that the Messenger of Allah peace be upon him said, “When Jerusalem flourishes i.e becomes centre stage. Madina will be in ruins i.e dysfunctional. When Madina is in ruins the great war will occur”.

2019 has seen Jerusalem become talk of the world when US recognized Jerusalem as the capital of Israel, what have you heard of Madina recently? Absolutely nothing. Mind you, Madina was the capital of Islam and everything was run from there, it’s now dysfunctional. You know what’s coming next. Somehow, in some way and some day, it’s going to happen.